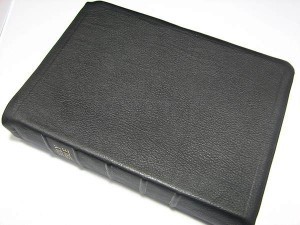 Available summer 2014 is the Apostolic Study Bible from Pentecostal Publishing House. Here’s the information from their site:

The Apostolic Study Bible is a new leatherbound Bible with study notes and commentary exclusively written by Apostolic authors.With book introductions, verse-by-verse notes, articles, and a concordance all compiled by Apostolic writers, this Bible is sure to enhance your understanding of God’s Word.