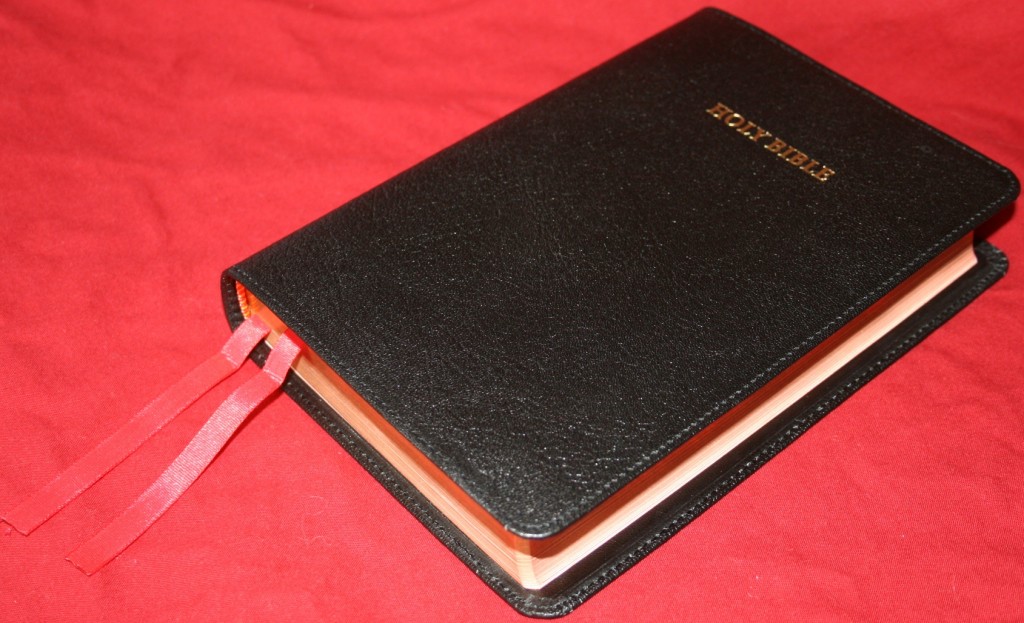 The Cambridge Cameo is a revision of the older classic Cameo. The original Cameo, which began production in the 1920s, had been unavailable for a while. Due to popular demand it was recently reissued, and it’s even better than before.

Even though I expected to be impressed, I was still surprised by this Bible. I was very impressed with both its size and its quality. The Cameo has all of the features you expect in the larger Bibles. The Cambridge Cameo is both big and small at the same time. It has an 8-point font in a binding that is slightly smaller than 5×7 inches. For its size, I did not expect full features such as a concordance, center-column references, maps, and two ribbons. There are four models. I reviewed the goatskin. Here is a short list of features of the model I reviewed:

The main differences from the other models are the cover and gilt edges. The calfsplit model includes the Apocrypha.

The Cameo uses a semi-bold Petit Medieval Clarendon 8-point font. The type is bold enough to read easily. It has pronunciation marks to help you pronounce names and places. The font is the same size as the Concord Wide-margin. For the size of this Bible I did not expect the type to be this large or this easy to read. My 40+ year-old eyes had no problems reading the Cameo text. 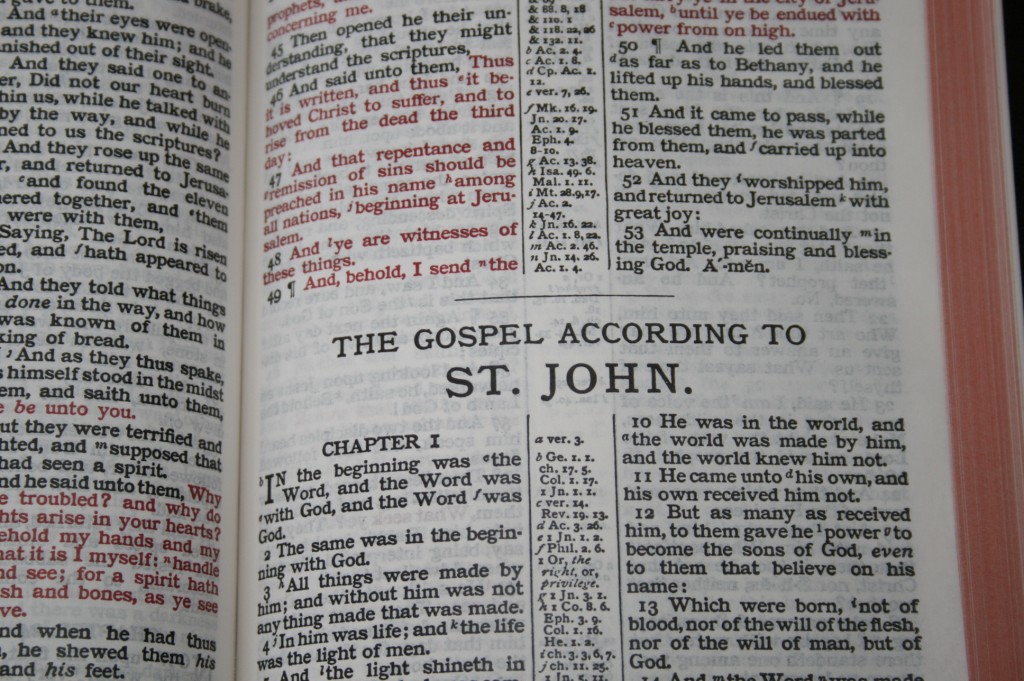 They really mean it. This red letter is really ‘red’. I like it. Only the words of Christ on Earth are in red, so the red letter stops after Acts chapter 1. I prefer red-letter to continue through Revelation, but it isn’t a deal-breaker. The red-letter is about the nicest I’ve seen.

The Cameo uses an opaque India paper. The paper is not too thin like most of the study Bibles in my library. The ghosting from the other side of the page is very faint, which is much better than I had hoped.

In a Bible this small I didn’t expect to see that many references, but this Bible doesn’t skimp at all. There is a center column reference that also includes Hebrew and Greek translation notes. I like translation notes in KJV Bibles and I’m really glad to see the notes in the Cameo.

The binding is sewn. This allows the Bible to stay open and lay flat. 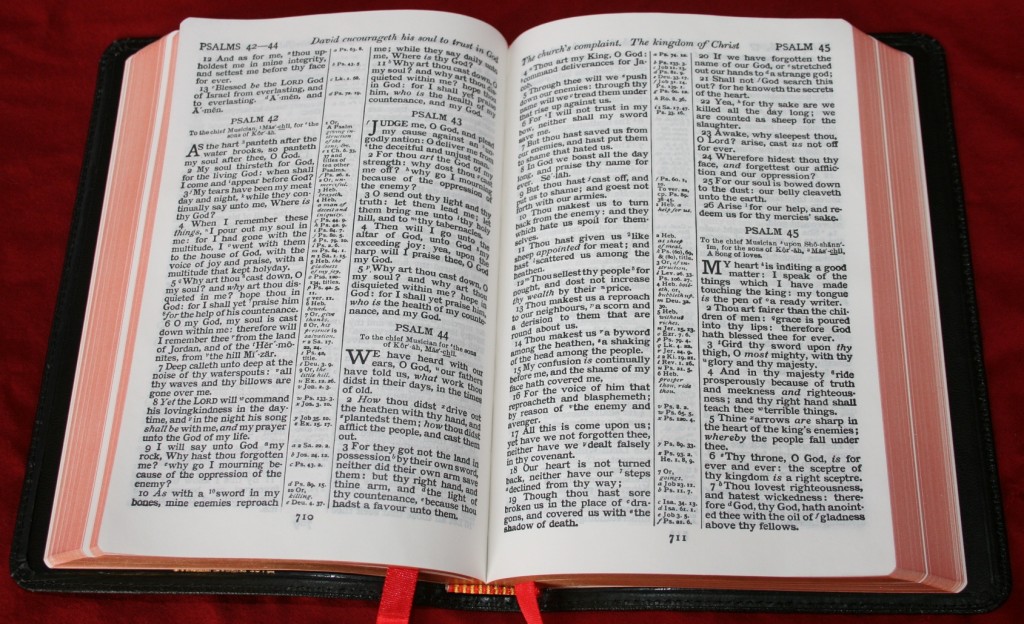 This model is goatskin, but it also comes in brown calfskin, calfsplit, and imitation leather. The goatskin is very soft and feels good to the touch. It’s very flexible. I was able to twist and contort it with no problems at all. For those that like flexible covers, the goatskin delivers. I’m sure all of the covers are nice, but I really like the goatskin. 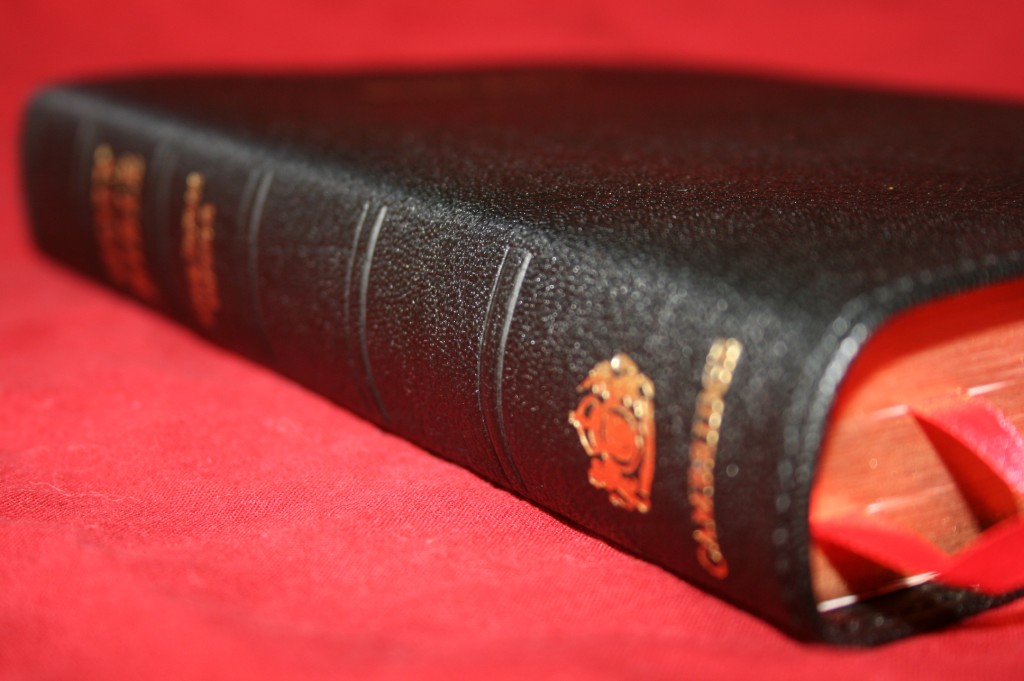 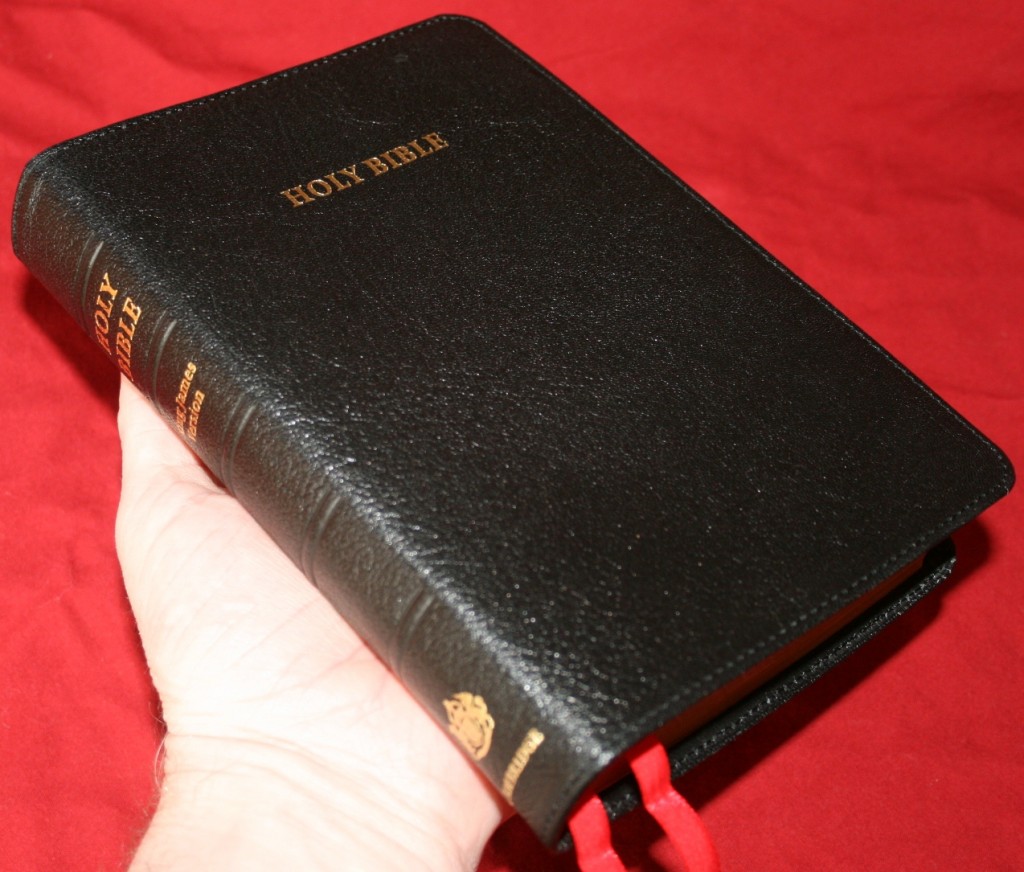 The Cameo has the same 15 maps as the Concord Wide-margin. There is also a nice index to the maps, making it easy to find what you’re looking for. 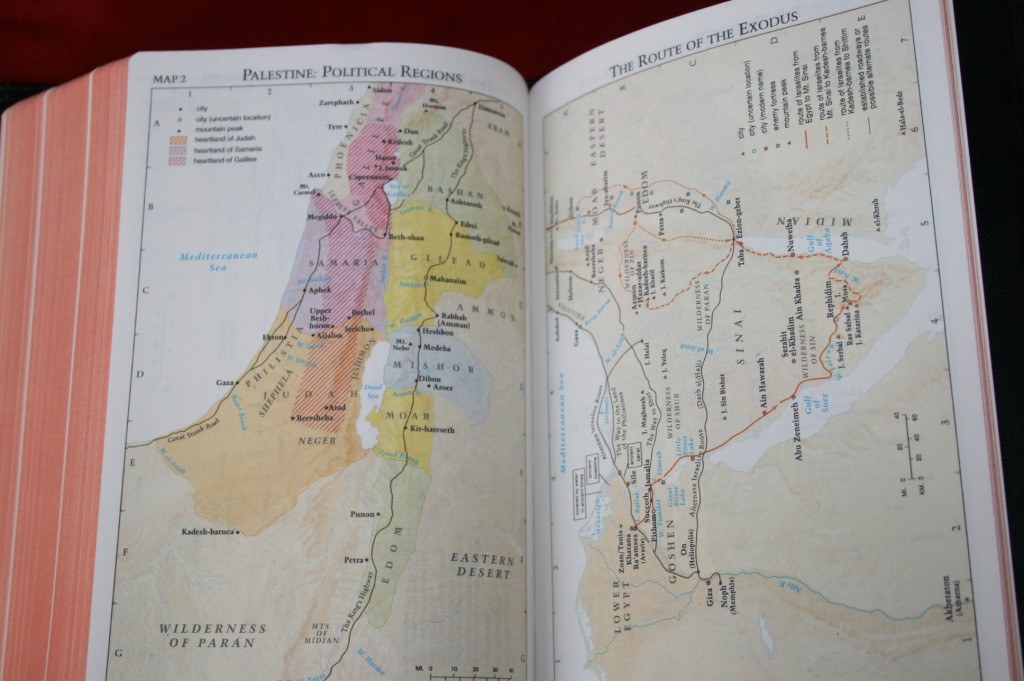 The Cameo has an amazing guarantee. Like all Cambridge Bibles, the Cameo is unconditionally guaranteed for life against defective materials or workmanship of any kind. With quality of this caliber, the Cameo is sure to last a life-time.

I am thoroughly wowed by the Cameo. This is a fine ‘carry with me’ reading Bible. It excels at being easy to carry and handle, and the text doesn’t suffer from its size. It’s the perfect blend of small size, readable text, and high quality. For its size and weight I can’t imagine a better Bible. The Cambridge Cameo is one of the best made Bibles I’ve seen. I can’t find anything that I would like to see changed in the Cameo. The Cambridge Cameo is back and it means to please.

I’d like to thank Baker Publishing for this free review copy. I was not required to give a positive review- only an honest review. My opinions are my own..